According to Tomas Zitikis, Route Development Manager at Lithuanian Airports, the recovery of aviation did not stop in autumn, and in some cases the indicators grew.

“This September, we managed to restore 88% of the total passenger traffic level as of the same month in 2019. Perhaps one category of passenger traffic worth highlighting is that charter alone is already outperforming 2019, with a 17% increase in charter passengers over the past month when comparing August and September.” - said T. Zitikis.

According to him, this rapid growth is due to the increased interest in travel to Turkey. Temperatures are milder in autumn and there are better offers from tour companies.

Looking at the number of existing destinations, T. Zitikis said that in September this year passengers at Lithuanian airports could choose from 89 direct routes. In comparison, in the same period in 2019, 92 destinations were available to passengers.

Growth across all air gates

Reflecting on last month's aviation results, T. Zitikis said that the recovery is noticeable at all three Lithuanian airports, but Kaunas Airport remains the clear leader, with its results exceeding the pre-pandemic results every month since April.

In September, Vilnius Airport managed to restore 85% of the pre-pandemic passenger traffic. Almost 400,000 passengers travelled through the gateway last month. In comparison, 468,000 passengers travelled through Vilnius Airport in the same period in 2019, compared to 258,000 last year, and the airport also managed to restore 80% of flights. In September, 3.4 thousand flights were handled, compared to 4.3 thousand in the first autumn month of 2019 and 3 thousand last year.

Palanga Airport has also seen a rapid recovery. In the first month of autumn this year, Palanga Airport was visited by almost 25 thousand passengers and 372 flights were handled here. In comparison, in 2019, 31,000 passengers travelled through the airport and 578 flights were handled, compared to 2.2 thousand in the same period last year. However, it is important to note that it was in 2021 that the seaside airport was closed at the beginning of September for large-scale reconstruction works at the aerodrome.

“Last month we saw an increase in cargo traffic at Palanga Airport. In 2019, only 0.4 tonnes were handled at the airport, while this year it is more than 130 tonnes. This is mainly due to the strong increase in military cargo activity,” commented T. Zitikis. 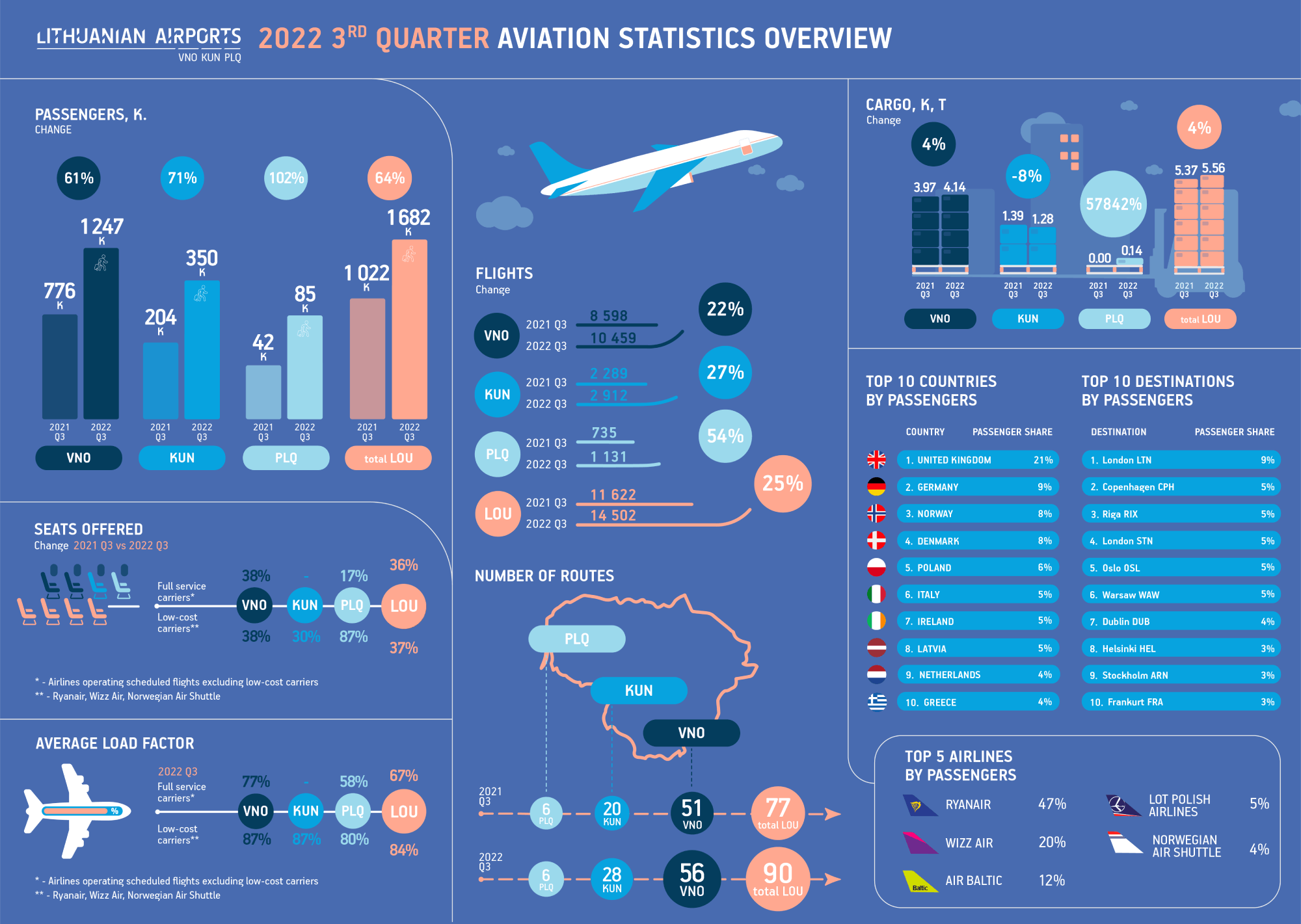 Lithuanian Airports’ Priorities for 2023: expansion of passenger terminals, promotion of flights and an analysis of development in the upcoming decades